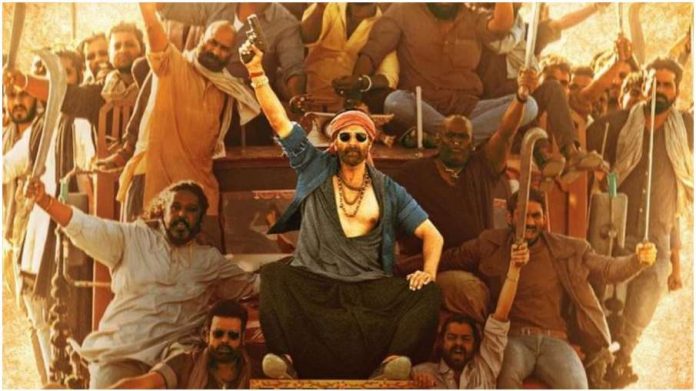 Bachchan Pandey the upcoming movie is all set to release on March 18, 2022, under Sajid Nadiadwala’s Production. Akshay Kumar is shown as Bachchan Pandey and other stars Kirti Senon and Jacqueline Fernandez are also in the movie.

In the movie, Myra Devekar, a budding director, got tasked by her producer to write on gripping and violent gangster story to produce a film. To prove her ability to the producer and also to satisfy her hunger for making a realistic character movie, she digs into studying the lifestyle of a real-life gangster for the script.

Now what will happen to Myra is the real twist, and of course, it will be fun to watch Akshay Kumar in this character and enjoy this thriller-action-romance-comedy mixture movie.

Is Bachchan Pandey a remake movie?

The buzz is that the film is a remake of “Jigarthanda” the Tamil hit movie and the story of this movie is around a merciless gangster who seeks respect and one aspiring filmmaker, got a chance to work with him.

As per the resources, the Role played by Kirti Sanon in the movie was played Siddharth (Karthik in the movie) in the Tamil version and here he gets a chance to make the Movie on gangsterism and so in Hindi version, this role played by Kirti Sanon female actor. so, the script has been changed accordingly. Here Akshay Kumar played the role of a ruthless gangster and in the Tamil version, it was played by Bobby Simha. Jaquelin plays the romantic interest of Akshay.

How to return boat earphone