TikTok banned from app stores in US before Sunday

Trump Government Admin said that they decided to ignore all overexcitement after bytedance started as a technology partner with oracle for its app called TikTok.

They also said that these apps being a threat to national security. According to news reports, TikTok approached for as CEO for US operation the billionaire Kevin system.

The surprising news that the US banned TikTok from the app store from starting Sunday.

The Download of very popular video app ‘TikTok‘ and messaging app WeChat
Banned in the USA from Sunday starting, Official statement announce on Friday morning by the US department of commerce.

Donald Trump The president of the united states ordered earlier in august that this app should be shut down by September 2020 and all property should be sold to US owners otherwise admin can claim that data Collected through these apps used to threaten the national security of the USA, foreign policy, and Economy by the Chinese communist party.

Wilbur Rose the commerce Secretary said in an interview that these new rules connected with the executive orders issued in august and are  “separate” from the current negotiations between TikTok and U.S. buyers like Oracle and Walmart.

Ross said that “for all practical purposes” WeChat will be no longer available in the U.S. as of midnight Monday.

“TikTok is more complicated,” Ross added, saying that essentially a deadline for a deal with a U.S. buyer should be completed until Nov. 12. In the meanwhile, updates will not be allowed in the app. 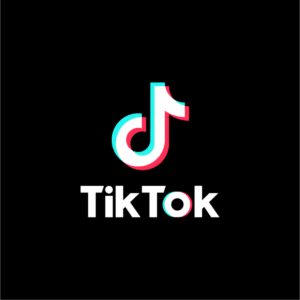 “Basic TikTok will stay intact until November 12,” he said. “If there is not a deal by November 12 under the provisions of the old order then TikTok also will be, for all practical purposes, shut down.”

Secretary of US Mike Pompeo said in the news while traveling in Guyana on Friday.

“The details of the various proposals that have been presented I can’t speak to other than to say, our goals are really very simple, protecting American information and data from ending up in the hands of the Chinese Communist Party,” Pompeo told reporters. “While we are reviewing the proposal, trying to evaluate if we can successfully achieve those outcomes, that will be our priority.”

He also added “If that’s the case, we will allow private sector entities to execute a commercial transaction, protecting the American people”

TikTok is a very popular app in the US has an estimated 65 to 80 million users.

WeChat is also very popular among the Chinese American community with 19 million users in the USA. The users of this app used it to connect their relatives and loved ones and to manage their business in China.

TikTok’s spokesperson said “In our proposal to the U.S. Administration, we’ve already committed to unprecedented levels of additional transparency and accountability well beyond what other apps are willing to do, including third-party audits, verification of code security, and U.S. government oversight of U.S. data security,” the statement added. “Further, an American technology provider would be responsible for maintaining and operating the TikTok network in the U.S., which would include all services and data serving U.S. consumers.”

Tencent, WeChat’s parent company, a spokesperson told “WeChat was designed to serve international users outside of mainland China and has always incorporated the highest standards of user privacy and data security,” the spokesperson added in a statement. “Following the initial executive order on August 6 we have engaged in extensive discussions with the U.S. government, and have put forward a comprehensive proposal to address its concerns.”

He also said that “The restrictions announced today are unfortunate but given our desire to provide ongoing services to our users in the U.S. for whom WeChat is an important communication tool. we will continue to discuss with the government and other stakeholders in the U.S. ways to achieve a long-term solution.”

Facebook Avatar 2022 : Cartoon character of yourself: Yes your Free...